It seems there are no shortages of mean people on this earth.  I always say mean people have been treated badly by somebody else before you came along, so don’t take it personally. However, that is easier said than done, especially when that mean someone is in a position of authority or they have some privy information that you want access to.  I look at my past experiences with bosses, genders, industries, families, businesses, politics and ministries and furrow my brow when I see the common denominator of poor morale always falling on the shoulders of a jealous leader.  It doesn’t matter how high on the status pole they are, if jealous people feel threatened by anything you have or sense that you could influence others more than them, a slight smearing of your reputation will be introduced.  Many pose accusation of your character by questioning your choices in front of others in hopes to suggest doubt.  If you have ever been made the example of imperfection and disciplined, you know what I’m talking about; sides taken based on levels of disrespect and offense perceived by the leader who was, “just trying to do his job” fairly.  Please, he was just being mean and everyone knows it. 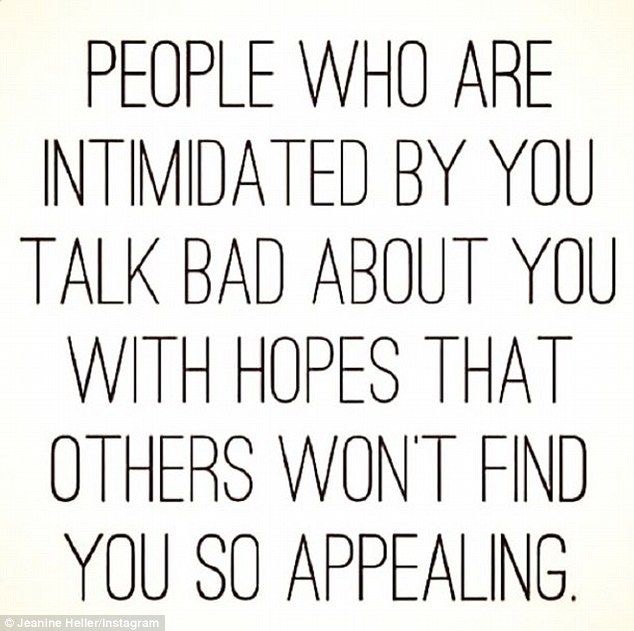 Everyone within an ear shot can sense, feel or know when a jealous leader working to maintain control has to slight someone who exposed his manipulation, the problem is nobody will say anything because his revenge won’t be worth the personal setbacks he could unleash on them.  And that is where the rub comes in.  Few people find it worth standing up for the right thing if it means standing alone.  In this day and age where job security is at an all time low, people zip up their comments in the sight of prejudice because they have their own problems and bills to pay, another practice those who selfishly lead, gamble on.  Pride has always been mistaken as strength until the one with it falls, causing many who adhered to his laws to stumble alongside, some never recouping their faith.

I expect this in the workplace, all of the back biting and cat scratching that affords the most vicious to get ahead.  It’s been around since the Garden of Eden when the snake questioned humankind if they heard God correctly and then watched as the couple accused each other.  Once blame, shame and guilt enter any atmosphere, the fruit of dissension becomes prime picking and those meant to work together in harmony are left alone to protect themselves.

I find it most strange however that ministry circles are the slickest at this practice of promoting jealousy.  I think because it is fueled with words like favor, gift, call or anointing, many church goers compete for these things in hopes of pleasing the top dogs. Top dogs can be anyone; the pastor, a deacon, a lay leader, someone’s best friend, someone with a big bank account, someone who has more clout than the next guy and definetely someone who is willing to use his connections for VIP accelades. I personally know of many churches who promise promotion to its members only after allegiance and networking have offered the congregation a surge in members.  Many would argue that growing numbers is proof of Daddy’s blessing, but the Bible warns us of satans motive being a recruitment of masses. We cant forget that from a small age, Sunday school teachers reiterate our worldly education model with “gold stars” for those students who rise to the top with scriptural knowledge.  It isn’t the fault of every teacher who follows the church curriculm, but it is the fault of leaders who implement fear for teaching something else.  There is a direct code of persuasion that orchestrates who is a safe employee or volunteer under the confines of a box the authroities place them in.

If bumping fuzzies goes on in Christian circles, how much more is it going to influence our systems at large?  It all can be defined as the religious spirit.  Business, medicine, government and education all have the same jealous leaders in place to make a profit.  Profit boils down to fame and fortune and many authority figures have tasted of it, making them extremely fearful of losing it.  This is where the true litmus test of a natural born leader comes in; he will never submit to anyone else’s definition of success.  He has the ability to poke fun at set-backs and laugh in the face of ridicule.  With humor, a person positioned to set the precedent will see mistakes as opportunities to bring the solution, and it may look foolish to many.  To lead by example is to get ones hand dirty, a trademark of a trustworthy role model.  Knowing a profit will be lost or won pales in comparison to his longing for cooperative commitment from those he disciples through honor.

I have gone into crises among members of schools, ministries, businesses and family situations that had been manipulated by authority figures prior to my assignment.  They thought nothing more of me than a female who was one-sided and un-empathetic until I opened my mouth and shared words of respect for their situation.  It didn’t matter if they disrespected me or treated me like they had all the other authorities before me, because I had witnessed the same harshness they had grown to expect.  I knew that if I listened to the upsets of each individual involved, I could let Daddy in Heaven guide me into a decision of successful strategy.  I may not have had everyone on board with my decisions, but nobody could say that I did not execute justice to the best of my ability.  My personal code of honor did not demand respect from anyone I was leading into resolution because I still treated them with it. I learned that my success rate was only as high as the level I placed other people on.  When I left their presence, I expected to be remembered. 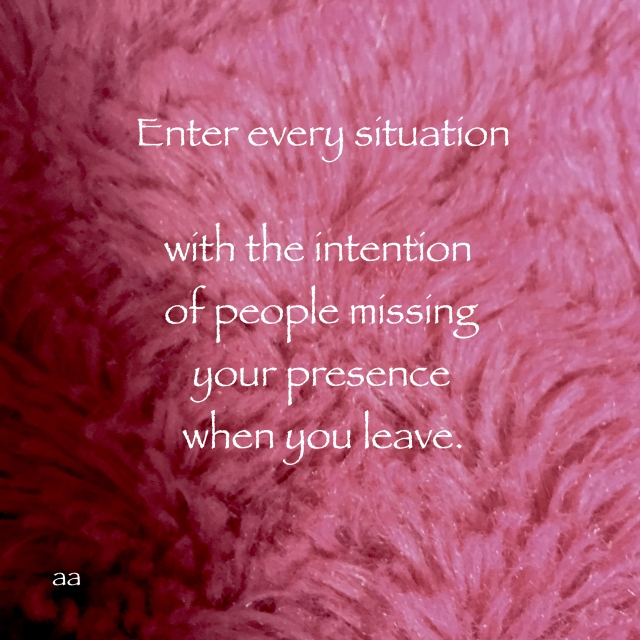 In my surroundings, I hear a lot of complaints from parents, clients, guests, co-workers and other professionals. I consider myself someone who re-calibrates an environment by being able to intercede for the underdog but not expose the spirit of jealousy that fuels the people in power.  My point isn’t to renegotiate the roles of people within the system, after-all I believe all systems are terribly broken.  I just focus on blessing the situation instead of cursing and I praise Daddy for the outcome I desire instead of plead.  I don’t think Christians today are utilizing the power we have on command from heaven because they are too caught up in natural circumstances.  I get it, I was that way for quite a while until I broke free of religion. but we are here for the purposes of Him who we serve, not man.  I believe if we understood that man cannot really, truly hurt us, that we would never be intimidated by their threats or abuse of authority.  In my opinion, I want them to be jealous for the faith that I carry so ultimately God gets the rightful Glory.